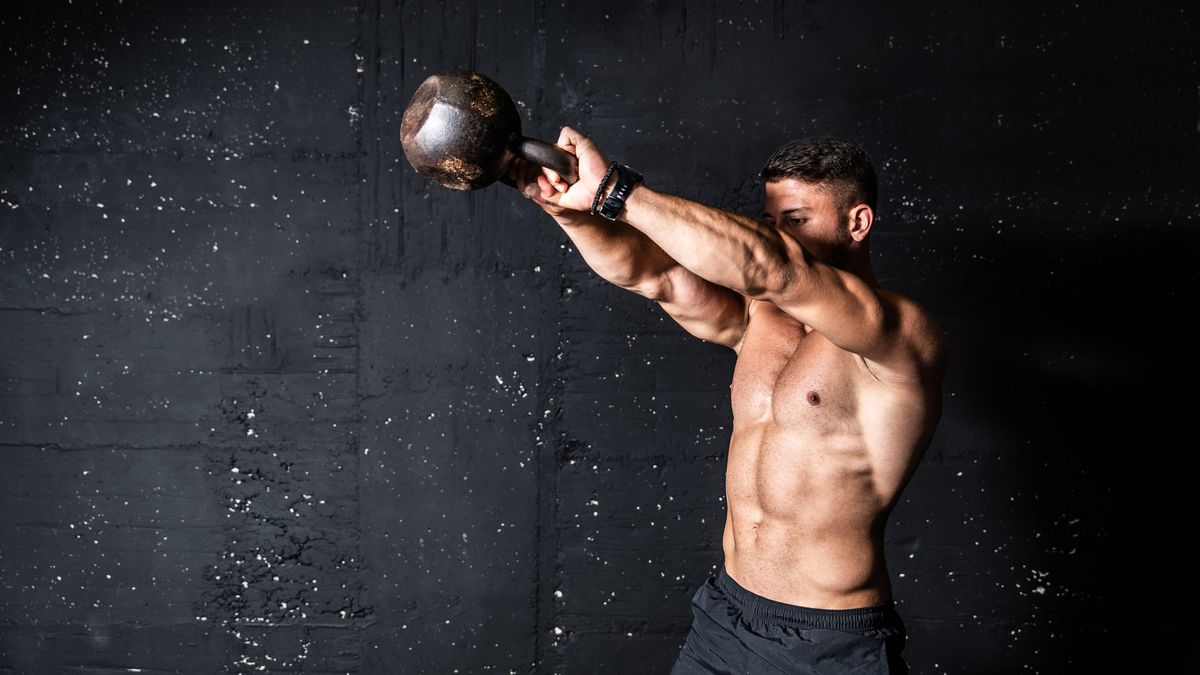 Some wants to lose weight, others want to build muscle but it’s not often you can do both at the same time. This 4-week kettlebell workout will do just that, but it won’t be easy for sure. Summer might be gone already but it’s never too late (or too early) to start working on your summer bod.

Dan John came up with the original 10,000-swing kettlebell workout concept in the early 2010s and published the results over at T-Nation. It was an empirical approach and the programme was validated through testing as opposed to scientific research.

According to Dan, everyone doing the programme “got leaner, dropping a waist size or two, in 20 workouts” and “increased grip strength and work capacity”. He also mentioned that “abs were more visible [and] glute strength was tremendously better” too.

Sounds to good to be true? This workout does come with some caveats but in its essence, the 10,000-swing kettlebell workout is based on hard work and perseverance. Ready to get leaner and stronger?

IMPORTANT: although this workout can be tailored so it is less demanding, it is still a pretty hardcore workout even when using lighter kettlebells. If you are new to exercising, struggle with obesity and/or have health issues, please consult a medical professional before you start exercising. To kick start weight loss, please check out this article on how to boost metabolism naturally.

This kettlebell workout is based on simplicity. No need to buy all the best home gym equipment, all you really need is a heavy enough kettlebell and potentially the best pull up bar or best multi-gym for pull ups and the best dumbbells or best barbell for the overhead press, that’s it.

In between the sets, you will be doing low volume strength exercises, one of the following: overhead press, dip, goblet squat or chin up. As Dan explains, you should “use a 1-2-3 rep scheme for most movements” and more specifically, “for the 1-2-3 lifts, use your five rep max weight” whereas “for the dip, use a 2-3-5 rep scheme”. You would want to do one of the four strength exercises on each day.

‘Five rep max weight’ is the weight you can do five repetitions with. There are numerous ‘one rep max calculators’ online such as this one that can help you determine your five rep max weigh based on the weights/reps you use most usually.

Work out for two days, rest for a day, then two days of work then a day rest, and so on, until the end of the four weeks. As for rest, Dan recommends having a 30-60-second break after each round of 10, 15 and 25. After the set of 50, give yourself at least a 3-minute break and do a little stretching to ease up the muscles in between clusters.

Dan revisited the idea of the ‘10,000 swing kettlebell workout’ recently and in his article, he offered three alternative workouts, the first one called ‘Just do it!’. This version is as simple as it gets: all you need to do is perform 500 kettlebell swings, each set lasting until technical issues or grip problems develop.

The second version requires more than just one kettlebell so you need to be ‘well-belled’, as Dan puts it, in order to perform this workout. Line up all the different kettlebells and do each set with the next one in line. The aim is still to perform 500 swings per workout but the reps depend on you. If you have smaller weights, do 15 reps with each bell. If you have a wider weight range, do 10 reps with each until you hit 500 reps altogether.

And finally, let the man himself show you how to perform a proper kettlebell swing:

error: Content is protected !!
By continuing to browse the site you are agreeing to our use of cookies